Expect a prompt response. We are usually able to reply within 2-4 business days.

Interns need apply. Coffee must be made. 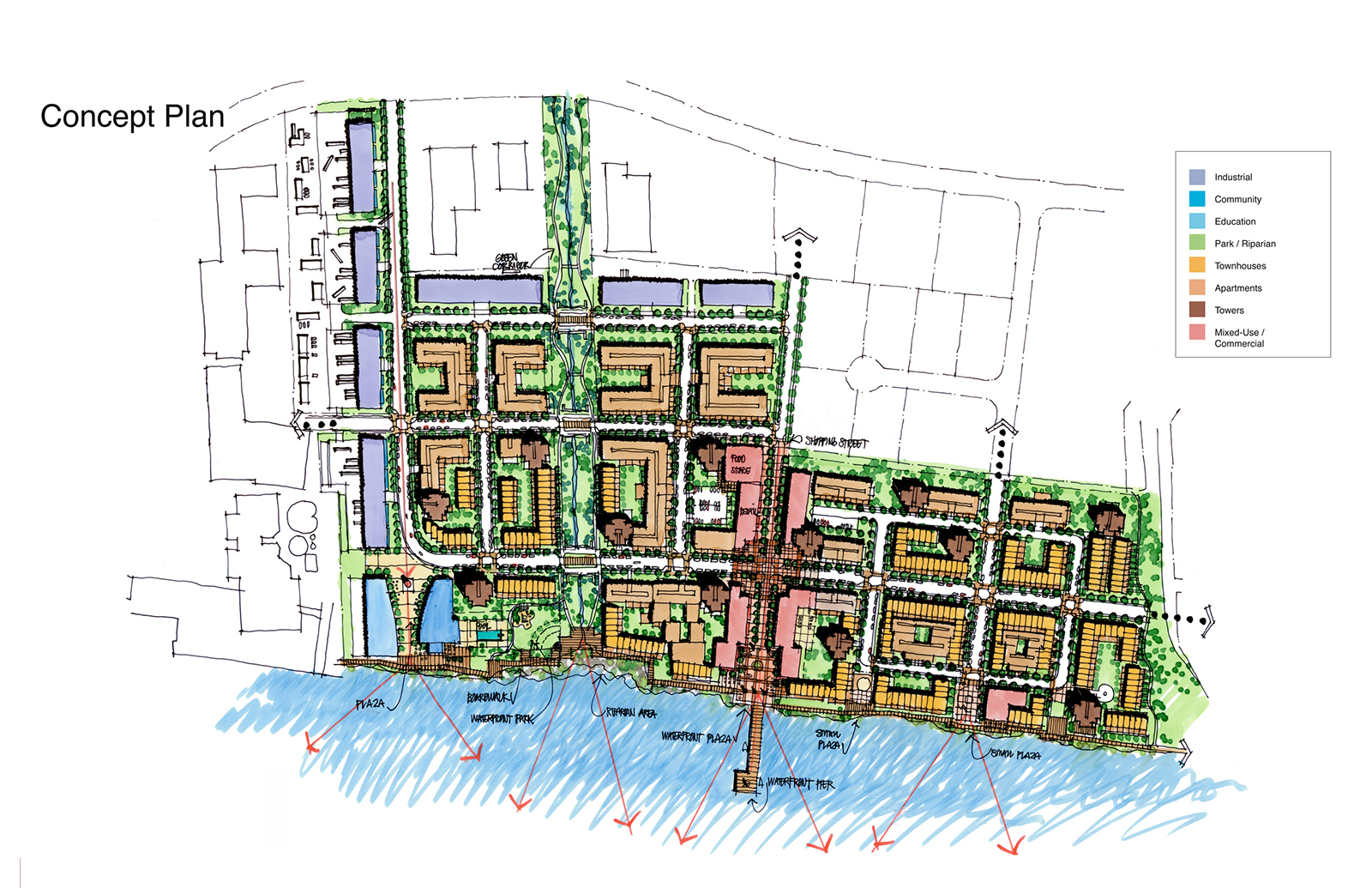 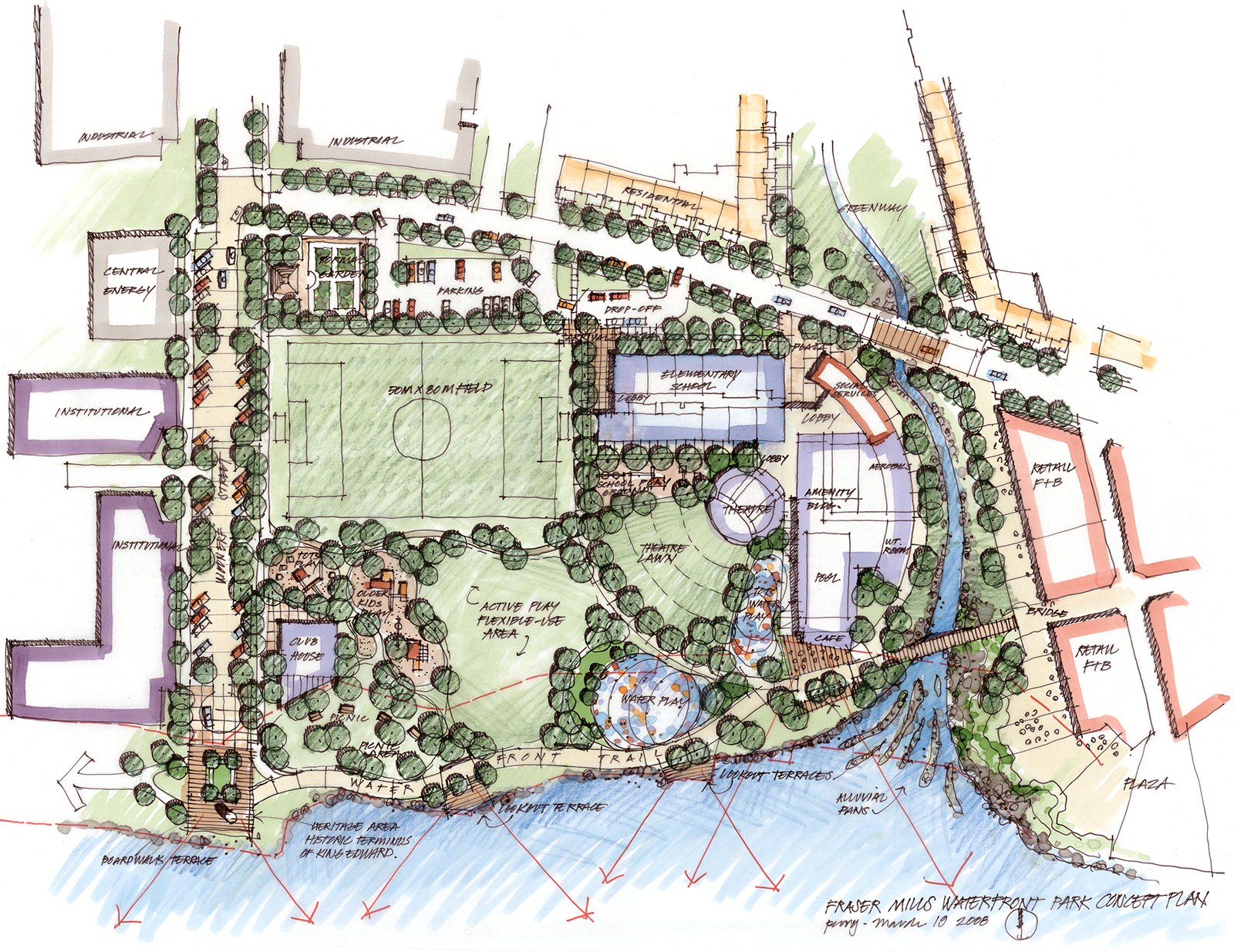 P+A are members of the planning and design team for the redevelopment of this 85-acre former lumber mill site situated on the banks of the Fraser River in Coquitlam, British Columbia.

Fraser Mills was in operation for more than 100 years and was once the largest in the British Empire. P+A helped create the site plan and prepared the design guidelines for the public realm including streets, parks, and greenways. Historical references have strongly influenced the guidelines and the plan structure. The plan includes a mixed-use village core, employment lands, reinstatement of an abandoned stream corridor, and a range of multifamily residential parcels. The planning process included charrettes and public consultation meetings with the local community and owners as well as briefing sessions with the site historian and archivist. 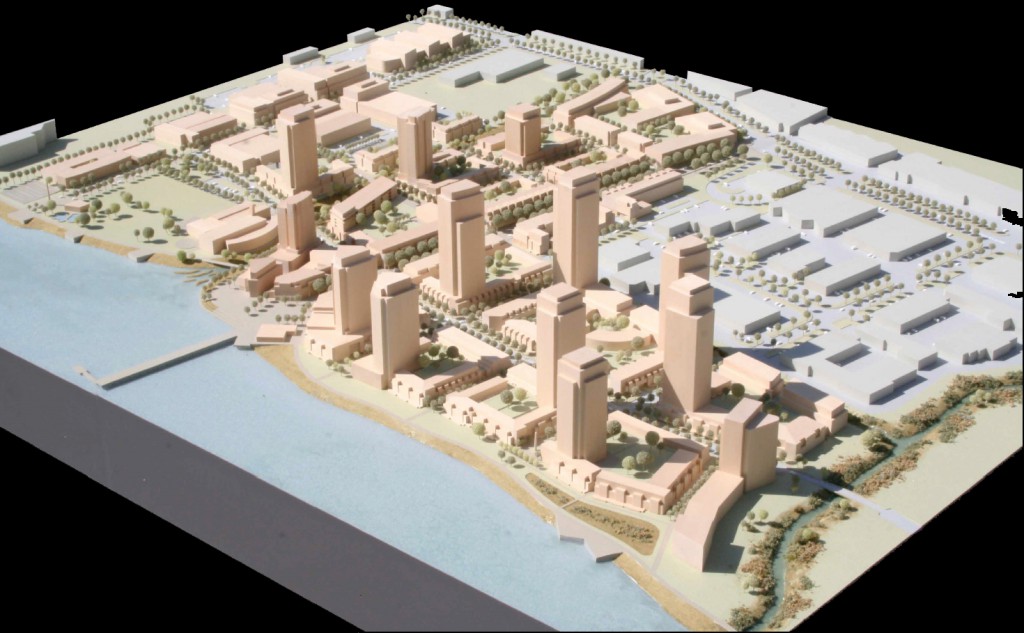